Question about the best places in China for teaching English:

Wade, I need your help. You and Andy are BY FAR the realest traveler writers out on the market. You don’t feed bullshit… Your opinion… What are the 5 best cities in China?? I am submitting my information to Angelina’s. Thanks mate!!

This is a huge question, but I know exactly what you’re doing right now: digging through that massive database of thousands of English teaching jobs on Angelina’s — most of which are in places that pretty much nobody outside of China has ever even dreamed of before. It can feel a touch strange thinking about signing on the dotted line and devoting the next year of your life to a place like Jiamusi, Xining, Hefei, or Changsha — places that you probably have no frame of reference or expectation for. Risky business. 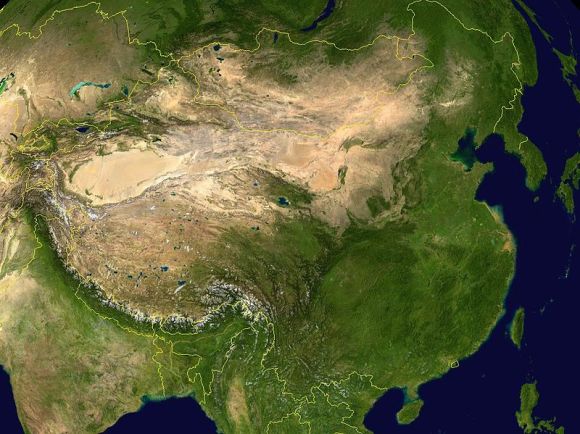 China is an entire world in and of itself, and there are so many different types of places that vary greatly in terms of what they have to offer. It’s difficult to make value judgments on places that are so radically different from each other so I’ll answer your question by suggesting five places that represent five different regions of China, and then telling a little more about the lay of the land there.

Keep in mind that finding a good job teaching English in China is a balancing act between pay and living expenses: the big cities pay more but the living expenses are often proportionally higher. That said, a foreign English teacher just starting out can expect to make between 6,000 and 10,000 RMB per month depending on location.

The following is an overview of places in China that I recommend as having some great attributes for a long term stay.

If you’re looking to live in one of China’s big cities I would wholeheartedly recommend Shanghai. It’s a city that has about everything, a mix of the cutting edge new and the ancient old. There are surprisingly a lot of old style neighborhoods in this city and a good community feel in many districts. If I had to live in a big Chinese city, Shanghai would be it. The only draw back is that the air quality is horrible, but make sure you don’t confuse fog for smog — the air there isn’t that bad. But maybe you’d still want to pack yourPersonal Ionic Air Purifier Yunnan province has the Himalaya mountains in the northwest, jungles in the south, rain forests, and the highest amount of natural and cultural diversity in China. Kunming is the capital, and is a big modern city that is actually not too bad of a place to be in. From Kunming you can be in the high mountains of the Kham Tibetan region or within a stone throw of the Golden Triangle by taking an overnight bus in the proper direction. Yunnan is nothing if not diverse. 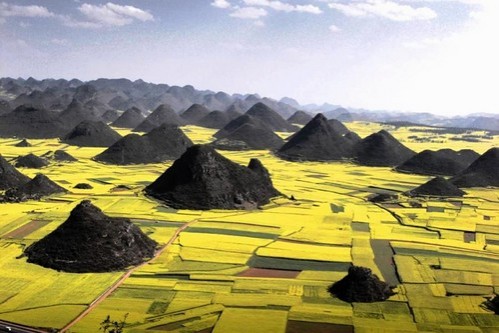 Qinghai is one of the hinterlands of China. This province is pretty much the historic Tibetan region of Amdo, and though it is not part of the Autonomous zone it is very Tibetan. The landscapes here look like they would be better situated on Mars than China, and there are still pastoral nomads in the hills, villages are made of mud bricks, and monks can be heard chanting mantras from monasteries. A truly amazing region — and one that is generally not touched by the hoards racing to the Tibetan Autonomous zone. As far as teaching in Qinghai province, expect to be paid way less per month — perhaps even as low as 3-4,000 RMB per month, but the experience could be worth it. Keep in mind that the region is pretty poor and the facilities — such as medical care — are not on par with those in the east of the country.

If you’re looking for a more typical experience of China I would suggest some of the cities along the Grand Canal in the east of the country. Hangzhou is truly a great place to live, and Suzhou and Yangzhou are pretty interesting as well.  There is a lot of history to learn about in these places — a lot of museums, old temples/ buildings, etc . . . The downfall is that there is a pretty high amount of tourism in there — but if you’re living somewhere the effect that tourism is going to have on your life is going to be pretty mitigated. I did two four or five months stints in Hangzhou — a tourist epicenter — and the impact it had on me was incredibly minor. The expat and local sectors are usually pretty far removed from the tourist sectors in Chinese cities, and the guidebooks to China completely suck — so visitors will generally never even find out about the good expat/ local haunts, let alone crowd them out. I can’t help to say that I cracked a laugh when I wrote the word “beaches” above. China is generally not known as a destination for a beach vacation, but Hainan Island is. Hainan is a large tropical island in the far south of China near Vietnam. Haikou is the capital city and Sanya is the tourist epi-center. There are some good beaches here and warm weather year round.

Basically, you need to decide what you want out of China when selecting a place to teach. The country is so big and so diverse that no place offers everything. I imagine that it would take an English teacher four or five years of teaching in four or five different regions before they could even have a rough conception of what this massive geo-political unit called China is like. I would recommend that if you’ve never been to China before to go for a job in the east of the country to get a feel for what typical Han China is like. A lot of people go right out to the hinterlands and know that they are in a place that is vastly different from the rest of the China but don’t really know what this means. Also, when you’re on an English teaching contract there is not a lot of free time to travel much, so the region that you commit to teaching in is where you’ll pretty much stay for most of your contract time. Sure, you get the national holidays off to travel, but so does everybody else in the country and having a billion travel companions can be a little much for anybody.

Here is some additional advice that I’ve gained from interacting with people in the English teaching biz in China as well as doing a little teaching myself from time to time.